You can purchase my albums online direct from CD Baby and save. Just click on the album of interest.

Watch videos of Neil playing originals, standards, and songs from these CDs 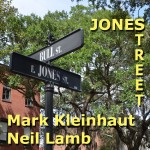 Duets by Neil Lamb and Mark Kleinhaut.  Two accomplished guitarists create  spontaneously from pure uninhibited jamming , and sculpt the music  into ten tracks that are a marvel of empathy , intricacy , and depth of expression. 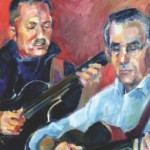 Dave Lawlor and Neil Lamb have a lot in common musically. Both took up guitar after seeing the Beatles on Ed Sullivan. Both studied music in college , Dave at Holy Cross and Neil at York University, UK. Both played in various bands as young men and then spent years studying the art of solo jazz guitar while living and working in southern Maine. Both learned  from the legendary Lenny Breau , Dave as his student  and Neil while assisting in recording  Lenny’s classic “Living Room Tapes”.

They had never met each other, however,  until 2008 when they were introduced by mutual  friend, guitar virtuoso Mark Kleinhaut, who said,  ” You guys know some  jazz guitar  but you need to play with other people. Jazz is a language and you shouldn’t  spend your whole time talking to yourself “.    Following an initial jam in which it was clear that their different approaches ( 7 string finger style and 6 string pick style) were complimentary,  they agreed to meet regularly and  see where it led. Gradually they developed their repertoire and became the Lambo Law Guitar Duet. After honing their music with well received public performances, it was time to  capture their  unique sound  with  this new CD.

Molly Brown’s 11 tracks are a good  representation of  what the audience hears in  a live Lambo Law performance.  The  Lambo Law Guitar Duet is available for gigs in Northern New England. 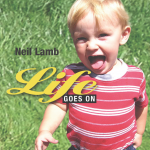 On his latest solo recording, Life Goes On , Neil Lamb juxtaposes some lovely arrangements of familiar jazz standards with his own blues, rock, and pop influenced jazz compositions. His tunes are honest, mature and anyone who has been in a relationship for more than five minutes will connect with them. The music of Life Goes On is jazz with a singer/songwriter vibe, and a pop sensibility. Neil Lamb wants to reach people. Although he often plays “lead”, “rhythm “ and “bass” simultaneously , connecting with an audience through the shared enjoyment of sounds and emotions is more fun and ultimately more important than trying to be a clever guitar player. He is a romantic (in the classical sense) preferring music that is often pretty with clear singing melodies, and his lyrics distill a relationship down to its essence with a few carefully crafted phrases.

You can also purchase MP3s of songs on Life Goes On at the following link http://payplay.fm/neillamb 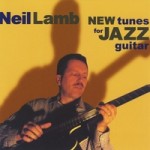 On New Tunes for Jazz Guitar (IM-2019), released on the Invisible Music jazz label, guitarist Neil Lamb demonstrates his skills as a composer as he leads the listener through a program that includes well crafted solo pieces all recorded with out overdubs, an aching duet “Longing” where he performs both parts, and some ensemble pieces that provided him an opportunity to bring together a few of his musical friends to explore the art of spontaneous composition. Neil Lamb has created a CD with a broad range of original Jazz guitar pieces— everything from the traditional sound of, “Family Portrait Suite” to the experimental “Restless Gentlemen”. While stylistically diverse, the unifying element throughout this and all of Lamb’s work is the strong melodic element, the “tunes”. They are present in the heads, in the solos, and even in the chordal accompaniment. The result is a fascinating journey into the mind of this inventive guitarist.

Live at the Down-East Restaurant 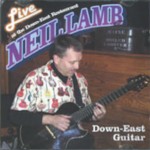